Online Pokies are the most popular games by far at online NZ casinos, and New Zealanders have got plenty of great online pokies to choose from. On this page, we’ll have a close look at every aspect of online pokies games.

Find out how these stunning games work, what you should look for, and what sets online pokies apart from traditional poker machines in land-based casinos.

Everything you need to know about online pokies

Online pokies are on the rise like never before. As these games get more visually appealing and available on mobiles and tablets, online pokies are gaining lots of mainstream attention.

Today’s online pokies offer graphics, animations and game narratives matching those in tv-games. And the prospects of bagging some life-changing wins obviously makes these games even more exciting. 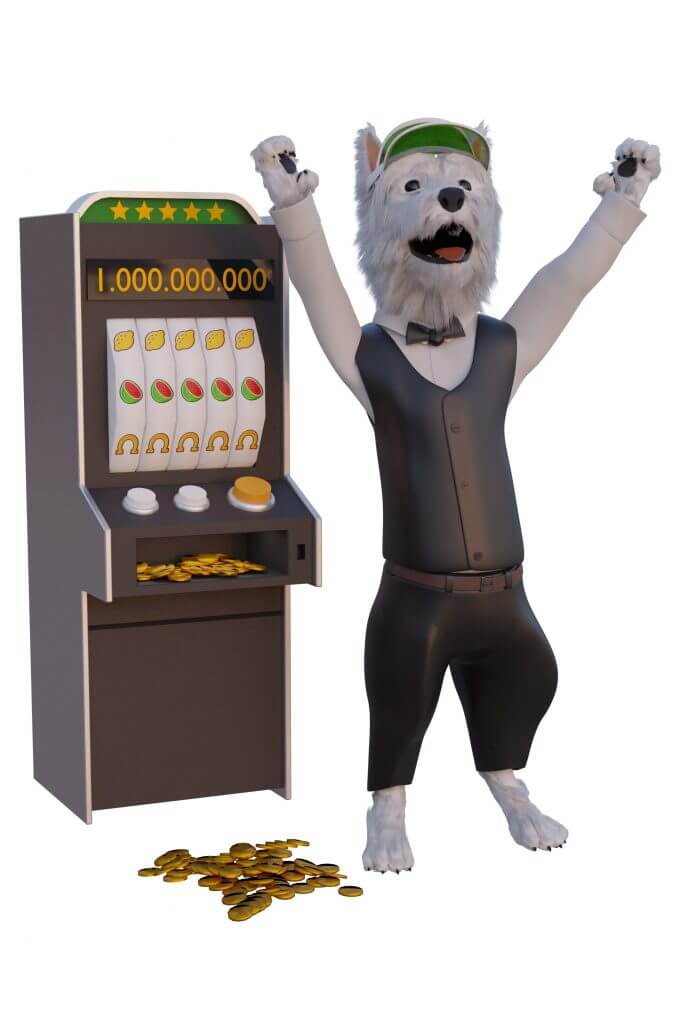 Online pokies are software versions of pokies machines you would find in a land-based casino. Initially, these games were digital versions of physical poker machines, but over the years, these fantastic games have taken a life of their own.

Nowadays, online pokies are mostly referred to as video poker, and we’ve certainly come along way from the rudimentary games that developers spat out a few decades ago. These days, online pokies are fully-fledged games with captivating narratives, stunning graphics and animations, and innovative game mechanics. Furthermore, pokies are often divided into several subcategories, which speaks for the versatility that these games offer.

All online pokies run on RNG engines that ensure that all game results are fair and random. We’re basically talking about complex algorithms that create long runs of numbers with random properties. These engines aren’t solely used in gambling but have a wide range of applications, such as statistical sampling and computer simulation.

The history of pokies and today’s RNG engines

If electrical pokie machines had a profound impact on the casino industry, RNG engines were an absolute gamechanger. These poker machines used computers to simulate spinning reels and generate random outcomes on each spin. This new technology also led to the inception of progressive jackpot games, which in turn has become one of the most popular categories at online casinos.

Another important aspect of RNG engines was the freedom the technology lent game developers. Suddenly, game manufacturers could create pokies with any imaginable theme and multiple pay lines. Furthermore, these new machines were operated with one single button, and soon enough, the one-armed-bandits were moved out of the casino floors to make room for these stunning new inventions.

RTP of Online PokiesGames [And How to Calculate it]

When we’re talking about the game mechanics of online pokie machines, we often hear the term RTP (Return To Player). The term is an abbreviation for Return to Player and expresses how much money of the total stakes a pokie machine gives back to players in the form of winnings.

If you take this statement at face value, you can easily get a bit naive and overly optimistic. Especially since online pokies tend to have an RTP in the range of 94% to 97%. It’s important to underline that these numbers are based on an incredibly vast amount of game rounds.

So, if a pokie has an RTP of 97%, that doesn’t mean that you’ll win 97% of your game rounds. What it means is that the pokie pays out 97% of the total stakes gathered from the entire network, in the form of winnings. The remaining 3% is then the house-edge or in other words, the casino’s profit.

How to Find Out the RTP?

If you want to find out the RTP of a specific pokie, there are several ways you can go about it. The easiest way would be to visit the manufacturer’s website and check the game specifications there. In most cases, game developers are completely transparent with this information. If you don’t find the information there, a simple Google search should do the trick – just type in the game’s name and RTP in the search field.

Most people playing online pokies are looking to get value for the money they spend. And another great thing about playing pokiesonline is the possibility of increasing your bankroll with bonuses and free spins. For many players, casino bonuses are an essential part of playing pokies online. Here are some of the most common bonuses online casinos offer.

This is the optimal bonus for players that want to play online pokies for free. We’re basically talking about free game rounds that you don’t pay for. Although no deposit free spins are becoming increasingly scarce, some casinos still hand them out as an incentive for players to create an account or try a new game.

These are free spins you pay for. In other words, the casino will give you a specified amount of free spins, in either one or several pre-chosen games, when you deposit a certain amount.

The same thing as free spins, but with a higher coin value. This also means that you have chances of winning a lot more. Mega Spins are quite rare, but every now and then you’ll come across a casino that offers them.

The latter category consists of retro-styled online pokies true to the roots of pokie machines. These games have three reels and a few straightforward pay lines.

Video Poker make up the greater part of online pokies and come in many different shapes and forms. The standard set up tends to be five reels and three rows. As far as pay lines go, you’ll find anything from 20 to 243 different pay lines.

In recent years, we’re also seeing game developers experimenting and coming up with new setups providing more than 100, 000 pay lines. In other words, there are no defining boundaries for video poker, and this is a category that keeps evolving. What all video pokies do have in common is that they often have bonus games, free spins rounds and multipliers.

The progressive jackpots pokies also deserve to be mentioned as they bring something unique to the table. The fundamental game mechanics of these games are the same as in video poker, but there is one important differentiating factor – the jackpots.

In progressive jackpot pokie, a small part of every stake goes towards a common network jackpot. In other words, every player chips in with every game round he or she makes. As you probably can imagine, these jackpots grow seriously big quickly. The bigger they get, the more people play, and in turn, the jackpots keep getting bigger. It’s these games that have handed truly spectacular life-changing wins, sometimes in the ranges of a $100 million. 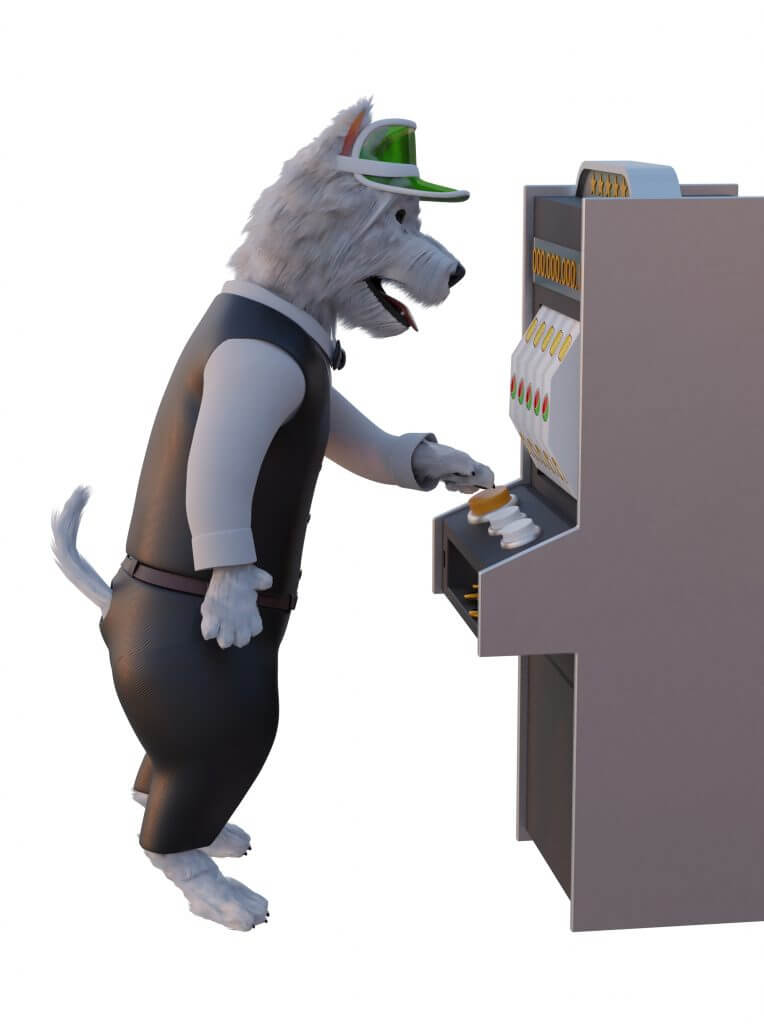 Regardless of what pokie machine you’re playing, there are some fundamental principles and game features that stay the same – let’s have a look at them.

To win on poker machine, you need matching symbols to form a specific pattern on the reels, and these patterns are called pay lines. For instance, in a traditional three-reeled pokie machine, three matching symbols lining up horizontally across the reels will give you a win. In online pokies, these patterns get more complex and increase in numbers.

This signifies the highest and lowest stake you can place in a pokie machine. This is very relevant as winnings are always a multiplication of your stake. The more you bet, the more you stand to win.

In pokies machines, the money you bet is represented by coins, sort of like chips in a poker game. To raise or lower your stake you, therefore, adjust the coin value. Your total stake is equivalent to the number of coins you bet, multiplied by the coin value and number of pay lines.

Fundamentally, online pokies and poker pokies in land-based casinos are very similar. They both run on RNG engines and use computer-made graphics and animations.

However, there is a big difference when it comes to RTP. Online pokies tend to have RTPs in the range of 94% to 97%, while poker machines in land-based casinos lie somewhere around 75%. This has to do with fact land-based casinos need a bigger house-edge to cover all expenses that come with running a brick and mortar casino.

Another important difference is the game selection. There is no way for land-based casinos to keep up with the rapidly growing game portfolio that online casinos offer. The logistics just don’t allow it.

In general, most online pokies developers create at least one new game every other month. And for the most part, online casinos have partnerships with at least ten different providers. To stay competitive, online casinos do their best to stay up to date with all new releases, which means that you can expect a bunch of new pokies every month.

Which are the best game provides?

This is a hard question to answer. A decade ago, there were a handful of mammoth game developers that eclipsed the rest, but in recent years we’ve seen a new range of truly great game studios emerge.

This is a good thing, as it means players get more great pokies to choose from. The increasing competition also forces game developers to keep pushing the boundaries.

There are currently at least ten great game developers on the market, and most of them release several new games every year. Names that come to mind are pioneers like NetEnt, Play n’GO and Microgaming. However, these giants are being challenged by upcoming like Yggdrasil, Thunderkick and Quickspin.

Game developers have a certain flair that makes their games unique. As far as the game mechanics go, they’re quite similar. With that being said, many developers have been creative and created bonus games and additional game functions that take modern online pokies to a whole new level.

Luckily, these leading providers distribute their products to casinos operating across the world, which means that New Zealanders have plenty of fantastic online pokies machines to choose from.

What is the difference between online pokies and poker machines?

Online pokies are software versions of poker machines you would find in a land-based casino. Initially, these games were digital versions of physical poker machines, but over the years, these fantastic games have taken a life of their own.

Nowadays, online pokies are mostly referred to as poker pokies, and we’ve certainly come along way from the rudimentary games that developers spat out a few decades ago. These days, online pokies are fully-fledged games with captivating narratives, stunning graphics and animations, and innovative game mechanics. Furthermore, poker machines are often divided into several subcategories, which speaks for the versatility that these games offer.

All online pokies run on RNG engines that ensure that all game results are fair and random. We’re basically talking about complex algorithms that create long runs of numbers with random properties. These engines aren’t solely used in gambling but have a wide range of applications, such as statistical sampling and computer simulation.

🔎What are the main features in pokies games?

The pokies games have 3 main features: