When it comes to gaming brands, William Hill is not just one of the stalwarts of the sector, it’s also at the cutting edge, and prides itself on continuous innovation in a bid to provide customers with engaging ways to enjoy gaming.

Founded in 1934, William Hill is now considered one of the most trusted brands in its sector and attracts millions of customers from across the globe. The company employs more than 16,000 people – that’s a lot of staff devoted to giving customers the best possible betting experience.

William Hill offers welcome bonuses for Sportsbook, Casino, Bingo, and Poker. Whatever your game is, you will find something for yourself.

If you want to be up-to-date with all the current promotions besides the welcome offers, check out our promotions page!

Don’t miss William Hill’s tasty Welcome Offer for new customers, with free bets on offer. After your first £10 bet, you will get £30 in free bets!

Make a deposit at William Hill Casino of a minimum of £10 and instantly receive £30 bonus to spend on the casino games!

Deposit a minimum of £10 to your William Hill poker account and enjoy all of the following:

10 free spins to use on the slot games

Sign up to William Hill Bingo, spend £5 on bingo tickets and receive a £25 bonus!

William Hill was always a trailblazer – in 1944, he produced the first fixed-odds football coupon – a real breakthrough in the gaming industry at the time. A huge range of sports bets are offered today and, online, the company claims that over a million betting opportunities are on offer every week. This includes in-play and pre-match sports betting.

At William Hill, you can bet on a huge range of well-known sports. As well as horse racing, football and greyhounds, the list includes:

William Hill also gives you the opportunity for a whole bunch of one-off fun bets – such as:

Betting on election results, TV talent and reality shows, the names of Royal babies, the Oscars and other awards, Christmas Number Ones, who will get cast in favourite TV shows and much more depending on what’s going on.

Read our free guide to betting on Politics!

You can also place wagers on a huge range of special events including in-play betting, that is, betting during the course of a live game, which has become increasingly popular in recent years.

Today William Hill is one of the leading online gaming and betting providers to UK customers, and one of the top three online sports betting operator in Italy and Spain.

William Hill’s online services offer a wide range of gaming products. The company is a market leader when it comes to online casino games in the UK, including the exclusive Vegas platform.

There are quick play options when it comes to roulette, blackjack, scratch cards and video poker and, of course, huge jackpots on offer at all times from Big Drop to Daily Drop and Hourly Drop, and the Vegas Millions jackpots.

There are dozens of roulette games, plus dice, keno, baccarat, blackjack, card games ranging from Texas Hold’em to Pai Gow along with fun video poker.

No casino site would be complete without a good selection of slots, and William Hill has more than 130 on offer. Awesome right?

A simple hover over each title gives you a quick briefing on what each game has to offer.

Then there’s bingo, a favourite amongst many, and William Hill has you covered there too – with loads of games starting up every minute. There is literally something for everyone!

As befits a popular and established online poker site, William Hill Poker has plenty on offer for the most discerning poker players. There’s a wide selection of games including Texas Hold’em, Omaha and Stud.

There’s also a good choice of game type including regularly Tournaments, Sit n Goes and a wealth of cash tables.

The games are available at different stakes to suit players of all kinds.  William Hill offers a vast selection of over 100 Casino side games that feature the latest state of the art design and features.

William Hill prides itself on delivering the best possible online poker experience – you will also find a great loyalty program and continuous promotions and tournaments.

The company also has a 24/7 support service for players. The play money option means players can learn the game at their own pace and William Hill also has an easy, quick and secure real money deposit process plus fast withdrawals.

William Hill now plans to introduce its online services in a number of other countries, focusing on markets with a strong gambling culture and suitable regulatory frameworks for sports betting and casino gaming.

The app offers the definitive betting experience on mobile or tablet with instant prices on thousands of markets, live streaming and advanced in-play scoreboards.

Users can bet, watch, cash in and more – wherever and whenever they want.

William Hills supports a wide variety of payment methods so that every punter can find their preferred option.

Read our guide to payments when it comes to gaming online here – we compared the various methods to make your choice easier.

Deposit Methods for the UK Players

Withdrawal Methods for the UK Players

Here’s how you can reach the customer support at William Hill:

There is also FAQ page available to answer the most common questions of the players.

Betting Shops – A Bit of History

On 1 May 1961, betting shops become legal and William Hill joined the fray by opening his first betting office in 1966. Today William Hill has more than 2,000 betting shops offering over-the-counter betting on football, horse racing and other sports as well as gaming on machines.

Customers can place a sports bet over-the-counter or via proprietary self-service betting terminals in the shops. These went live in 2017 and there’s now have at least one in every branch. The “retail” bricks-and-mortar operation is the largest William Hill division, employing around 12,500 people in the UK.

The shops provide a broad range of bets, from football to horse and greyhound racing, virtual racing and numbers betting. Whenever there’s a major event – such as royal weddings, Royal Ascot, General Elections and reality TV – William Hill is there with great odds. For gaming fans, machines provide electronic roulette, blackjack, slots or an array of other casino-style games.

William Hill retired in 1970 and died a year later when the company was then acquired by Sears Holdings.

The company continued to grow and, in terms of betting shops, reached a peak in 1973 with the grand total of 14,750.

The company has had various owners since then, in 1988, Grand Metropolitan, owners of Mecca Bookmakers, bought William Hill and merged the two companies under the William Hill name.

The following year, William Hill changed hands again, bought by Brent Walker. At the time William Hill had 1,800 betting shops and was the largest credit betting operation in the world. The company was appointed Official Bookmakers to Golf’s European PGA Tour in 1989. In 1997 William Hill was purchased by the Japanese investment bank Nomura and the following year went online for the first time with the launch of the betting service, Sportsbook.

Soon afterwards, in 2000, William Hill launched an off-shore telephone betting service and was the first major bookmaker to offer a deduction-free betting service to UK-based clients via the internet. The company was eventually listed on the London Stock Exchange in 2002 – a move welcomed by investors.

In 2005, William Hill bought Stanley Leisure PLC’s 624 betting offices across Great Britain and Ireland – enabling it to briefly beat Ladbrokes for the number of shops in the UK betting market. William Hill now has 2,300 UK-wide Licensed Betting Offices making it the largest UK operator and accounting for around 25% of the market throughout the UK and Ireland.

In November 2008, William Hill went into partnership with Orbis and Israeli software company Playtech, a deal which gave it several online casinos sites. William Hill then combined its online business with the newly purchased assets to create William Hill Online.

The company operates worldwide, employing over 16,000 people. The company’s main offices are in the UK, the Republic of Ireland and Gibraltar but William Hill also has offices in Bulgaria, Italy, Spain, the US and the Philippines.

As well as the UK-wide Licensed Betting Offices, the company also offers phone betting which has become a big part of the business. In 2007, the company’s Telebetting call centres took 125,000 bets on the Grand National and it’s said that, on average, its betting shops process more than a million betting slips every day.

In 2009, William Hill’s online and fixed-odds games division relocated to Gibraltar and the company is an established member of the Gibraltar Betting & Gaming Association.

?How to use free bets on william hill?

When you sign-up for the first time with our link, use the code P30

Then there are the conditions for the free bets:

?Can you watch live football on william hill?

Yes, William Hill provides football live streaming and other sports such as

To get the access you must have made a bet within 24 hours or have funded an account.

Yes. William Hill has 2,300 UK-wide Licensed Betting Offices making it the largest UK operator and accounting for around 25% of the market throughout the UK and Ireland. It is hard not to trust such a big brand.

?How do you claim your free bet on william hill?

You can claim your free bets in 3 steps:

A welcome bonus is a tool several online casinos use to lure players. This is because most players when trying . . .

Sit tight because PartyCasino isn’t playing around. Do you want to know the best? You can compete every week! From . . . 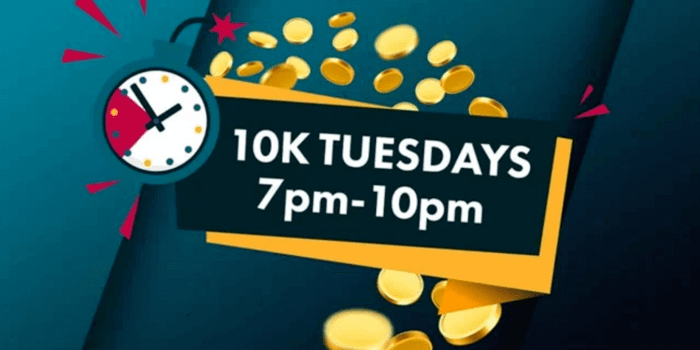 It’s usual to see many casino bonuses for new users, but the regular players also like to get some rewards . . .

William Hill is a name well-known to everyone in the UK. Whether you already tried betting and casino online or you are completely new to it... William Hill is the right choice for you.