This guide will give you all the tools you need to start (or continue) betting on water polo. You will find a list of online bookies available in the UK and some advice to understand how water polo betting works.

Recommended bookies to bet on water polo in the UK

Water polo is a highly competitive water-based sport that’s believed to have originated in Scotland in the late 19th century. A standard game of water polo is played between two teams of seven players. Each team attempts to score goals by landing the ball in the opposing team’s goal. A match is made up of four quarters and whichever team has scored the most goals by the end of the fourth quarter wins.

Water polo is known for being one of the most physically challenging team sports. This is because it’s typically played in a pool so deep that none of the players are able to stand up. Throughout the length of a polo match, players are constantly active; if they’re not swimming about, they’re treading water on the spot.

These days, the sport is played throughout Europe and the United States, as well as in Australia, China, Brazil and Canada. It’s also played in the UK, though the UK isn’t as involved in international tournaments as other countries. In fact, for most major water polo tournaments, the UK doesn’t even compete. Therefore, water polo betting in the UK is mostly about betting on other countries’ success. That hasn’t stopped people in the UK from betting on this sport among many other sports betting opportunities. Hopefully, in the coming years, UK teams will have more of a presence at international water polo competitions.

So when it comes to betting on water polo, what options are there? You’ll find there are a few major water polo leagues with competitions held throughout the world.

The biggest and most prestigious of competitions is the FINA Water Polo World League. FINA is a Swiss organisation whose name translates as ‘International Swimming Federation’; it’s recognised by the International Olympic Committee as an organiser of international water sports competitions.

The FINA Water Polo World League is held annually and typically runs from November to June. It’s made up of a series of matches for men’s teams, as well as a series of matches for women’s teams. Every year there’s a different host country where matches take place. Teams compete against one another in the preliminary round, with a total of eight making it to the final tournament, which is known as the Super Final. This takes place in the final week of the competition and sees two victors crowned: a men’s team and a women’s team.

Speaking of the Olympic Games, water polo has also long been recognised as an official sport. It was introduced in 1900 as a men-only sport, with a separate women’s tournament added for the 2000 Summer Olympics. The next Olympic Games will take place in 2021 in the Japanese capital city of Tokyo.

Another tournament organised by LEN is the LEN Champions League. This is the most popular water polo competition in Europe and sees men-only teams from a large number of countries compete. The 2018-19 tournament was won by a team from Budapest, Hungary, with the 2019-20 winner to be decided at the end of the next tournament in June of next year. The women’s equivalent of this is the LEN Euro League Women. This is the most popular women’s water polo competition in Europe and, like the men’s, sees teams from a range of European countries compete.

The Odds on Water Polo

The odds for these competitions will start to be revealed by bookmakers closer to their starting time. Odds for international competitions can get quite competitive, so it’s a good idea to compare what different bookmakers are offering. Stay on the lookout for boosted odds that will give you the best value possible shortly around major events. As is the case with any kind of major sporting competition, teams or countries that have fared well in the past are going to have favourable odds.

When determining the odds, bookmakers also take into account the team members and how they’ve performed in the past. If a team’s made up of experienced players who have between them had lots of success, that team’s going to have pretty good odds of winning. On the other hand, a team made up of relatively inexperienced players whose skills and strengths aren’t that well tested won’t have too good odds of winning.

Most people who place bets on water polo will be betting on the outright winner of a tournament. However, there are usually other bets you can place. These include betting on which team will win an individual match, whether the score of an individual match is more or less than the number given by the bookies and several bets to do with goals, e.g. first team to score and last team to score.

Where to Find Best Odds

You should find that betting on water polo is available at most major online sportsbooks. Pretty much all the biggest brands offer water polo betting. The sport isn’t among the most popular when it comes to betting, but it still attracts enough attention, and bets, that many major bookmakers choose to offer betting markets for it.

Check out what your favourite online bookmaker offers in the way of water polo betting as major competitions get closer. You may well find another bookmaker offers better odds and more markets. Try out each bookmaker with their free bets offer. It’s always a good idea to look around and see what other bookmakers offer, even if you’ve already signed up to one. 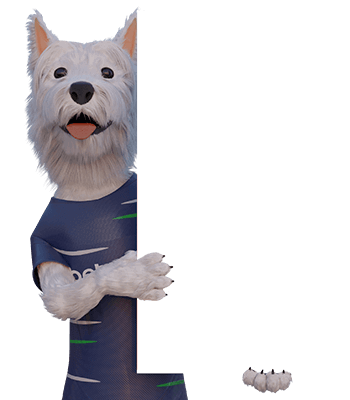 4.7/5
Up to maximum £100 in free bets
Betfair Get Bonus
Betfair offers some of the best odds on many sports including water polo.

The exclusive bonus offered to new customers is up to £100 in free bets:

Available to residents of UK or Republic of Ireland!

If you’re looking for water polo betting tips and strategies, one of the best pieces of advice is simply to look at the past winners. Let’s take the FINA Water Polo World League, for example.

Since 2002, Serbia has won the men’s tournament no fewer than nine times (plus another two times as Serbia and Montenegro). Hungary won twice in 2003 and 2004, while Montenegro (as a single country) won in 2009 and 2018. Both Russia and Croatia have won a single time. Interestingly, the list of winning teams for the women’s tournament looks completely different. Since 2014, the United States has scored a very impressive thirteen wins, with China, Greece and Russia all winning a single team each.

Taking the above into account, Serbia is a very safe bet for the men’s tournament and the United States for the women’s. However, just because these countries have won many times in the past, doesn’t mean they’re guaranteed another win this time around. Anything can happen. There’s a chance a country that’s never won before has put together a team that goes on to win. Heading into the competition, Serbia and the United States will no doubt be the favourites, but neither country has a 100% chance of winning.

Don’t just look at the winners; look at which teams have come close to winning as well. For both the men’s and the women’s tournaments, a wide range of countries have come in second and/or third position over the years without winning. You may want to consider betting on one of these, especially if the country’s come close to winning in recent years.

As well as looking at statistics of past events, you may well want to consider the line-up of teams. In water polo, the goalkeeper is the most important players by far. All other players are out ‘in the field’ and play the same offensive and defensive roles. As for the goalkeeper, he or she is charged with protecting the goal from shots from the opposing team, as well as informing their own team of threats and any gaps in the defence. Goalkeepers also have more freedom than other players: so long as they’re within five metres of their own goalpost, they’re allowed to touch the ball with both hands and they can even punch the ball with a clenched fist. While all players have an important role to play, the goalkeeper’s role is perhaps the most important.

Therefore, if there’s a team with a goalkeeper that’s known for being particularly good, you may just want to consider betting on that team.

How to Bet on Water Polo?

You might be completely new to water polo and wondering what competitions there are for you to bet on – the most famous is the Olympic Games! Obviously, as a sport in the Olympics, betting is going to be accessible through most online gambling sites.

You can also bet on Water Polo Domestic Leagues – the most popular of these are the Italian and Spanish national leagues.

Some other types of bets are more specific and can include specifying the first team to score, the last team to score a goal and the number of goals in the match being odd or even.

A good hint when betting on water polo is to keep an eye on the goalkeeper and bet on the team with the best keeper, as they are central to a teams’ success. A goalie is the most important player on the team as they not only have to anticipate and block any goal attempts, but they have to keep their wits about them at all times. Keepers are crucial in informing the players about threats and gaps in their defence, and they also have the power to initiate attacks as the other players will assist them and follow their lead. So watch that goalie!