Betpal » Where to Bet on Politics in the UK

If you are in the UK and want to bet online, there’s not much to stop you once you’re 18 or over and have an Internet connection. – it is 100% legal.

When there’s a major political event, it draws large interest, especially from the media. Newspapers, TVs and the World Wide Web is flooded with news and debates surrounding that particular political event. Even on a walk or drive, you are likely to see political advertisements trying to earn your vote one way or another.

Now, with our guides, you will know how to bet on whatever is going on in the world of politics. 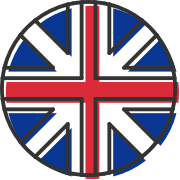 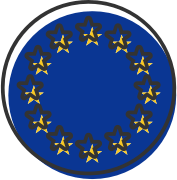 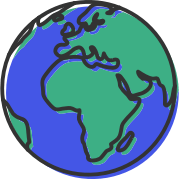 How To Bet On Politics?

Political betting is part of the novelty and special bets sections offered by most major bookmakers. They typically include the major political events taking place in various countries of the world. The markets available depend on the location of the bookmaker. For example, Paddy Power is an Irish bookmaker so on top of the world major political events, it also has some political bets on events in Ireland that you will not find at other bookies.

Betting on political events is not much different than betting on football or other major sports. In fact, it has the same identical steps one must follow:

There are two types of major political events that you can bet on. Some are more popular than others, depending on circumstances and what’s at stake.

Elections are by far the most popular political events and betting markets. The political elections take place at relatively regular time intervals and they tend to bring out the most people to the voting booths and into betting mode. Countries have different political structures and political cultures. As such, elections are broken down into different categories:

Who will be the next President?

In most countries, the President is the leader, the most powerful and most influential political person. Presidential elections take place at regular intervals, usually every four to five years depending on the country.

Example – the US Presidential elections are by far the most popular with the bookmakers and even the global audience. Not surprisingly, as the US is one of the world’s largest countries and democracies.

The US general election process is also quite entertaining to follow. First, each political party has to nominate a candidate to run for President.

Then these candidates go on campaigning and having live debates until Election Day. The elections are highly anticipated by the media and the public and this interest reflects in the bookies as well. The last US Presidential Elections in 2016 broke the betting record in the non-sporting events markets for numerous bookmakers.

Bet on 2020 US Presidential Election at Skybet here!

Who will be the next Prime Minister?

Example – in the UK, the role of the prime minister as the head of the government is the most powerful political position. The Prime Minister is not directly elected by the public. Instead, this position is assumed by the leader of the winning political party in a general election.

Most bookies will always have odds available on who will be the next Prime Minister in the UK. This is even though the sitting Prime Minister may have just been elected and is years away (at least on paper) from the next general election. That’s because gambling has a special place in the UK’s history and culture, where people love to gamble. The world’s biggest and best bookmakers are based in the UK. Therefore, it is no wonder that they would show a special interest in the political scene in the UK.

Bet on next UK Prime Minister at Skybet here!

Largest political party at the election

Legislative elections take place every few years to select the party members of a country’s parliament. These are voted by the public and are important in defining the governing structure of a country or region. Sometimes, as is the case with the UK, the winning political party secures the Prime Minister position for the leader of the party.

Currently, Betfair offers odds on the next UK government:

Bet on next UK government at Betfair here!

When will the next Election be?

Elections are held every set number of years. However, there are some situations in which an election might take place before it was due. For example, a President may be impeached or the parliament dissolved and a ‘snap’ election can be called.

Example – this betting market is only available in those countries where election dates are not set in stone all the time. In Denmark, Parliamentary elections are held every four years. However, the Prime Minister has the option to call an early election at any time for various reasons.

Denmark has quite a history of having elections before their four-year term. In fact, for more than 40 years there was no Danish Parliament to sit for its full four-year term. While most of the early elections were called in the 1970s and 1980s, they can still happen at any time.

The most recent example would be when the Danish Prime Minister, Ander Fogh Rasmussen, called elections in 2007, ahead of its time of 2009. The reason invoked was that the parliament needed to focus on working on important issues, such as welfare reform, and could not afford to be distracted by a future election.

While it is not always easy to predict, when you follow Danish politics closely you may get a sense that an early election will be called. You can also regularly check to see if this market becomes available on bookies, in case they read the political situation better.

Generally, an early election will be called when the sitting Parliament wants to cement its majority or loses it following a no-confidence vote. The betting lines will usually be in the form of “general election to be held before 2021, 2022 etc.”.

Who will be the next party leader?

This is similar with betting on the next President or Prime Minister. Only in this market, you are betting on the candidates who will lead the major political parties in a country.

It was definitely a huge surprise when Donald Trump was elected the 45th President of the US in 2016. Since he took office, various issues came to light, from sex scandals to the Russian meddling in the election process. These controversies made some bookmakers create their own “Trump” category as part of their political betting markets. Some common betting lines are:

Another event that sent shock waves through the political world was the Brexit vote in 2016. The vote and its follow up have also earned a Brexit political betting category with currently common odds for:

Where Can I Bet On Politics?

There are a good few political betting websites you can use to try and make some profit from various events. You will usually find more options for political bets online than in physical betting shops.

● Political betting at Ladbrokes – UK’s biggest betting company, you will find a great selection of political bets on Ladbrokes. On top of the common lines on UK and US politics, Ladbrokes also offers betting markets on the upcoming Greek parliamentary and French presidential elections.

● Political betting Paddy Power – as an Irish bookmaker, here you will find an excellent selection of bets on Irish politics, on top of the other common ones.

● Political betting at William Hill –  a wide range of political bets available, where you can even request odds for markets not listed. Also a healthy selection of special bets, such as “Will the US elect a female president at or before the 2028 election?

How can I make money from political betting?

You have a better opportunity to make a profit if you are interested in politics, prepared for unexpected events, able to analyse the situation and follow opinion polls. However, as with gambling in general, there is no way to guarantee you will win no matter the betting strategy.

Are the odds right?

Most of the times, bookies are correct in their predictions. Still, there is always room for surprises.

Browse around the bookmakers that offer political bets. Find the bookies that have betting markets available for your topic of interest at good odds. A nice welcome bonus offer is also helpful.