We are Thunderkick, and We Make Games!

Thunderkick is a continuously evolving and independent software provider, originally founded in 2012 by a group of Swedish creative minds and innovative thinkers with extensive experience in game development and knowledge in the gaming industry. Their initial mind set was to develop new ideas which will be able to enhance a player’s experience with online gaming. A goal which they did not fail to execute, not even by the slightest.
They have been impressing those individuals who are interested in the online gaming market, from their very first production .

4.3/5
Deposit £10 & Get 25 Spins
Go to Viva Fortunes Go to review
First-time depositors only (18+ UK exc NI). Min Deposit: £10. Max Offer: 25 Free Spins [on a game of our choice]. Free Spins Winnings will be capped at £2.50 and credited as bonus funds. 40x wagering applies to bonus funds. Unused Free Spins expire after 7 days. Promo code: VIVA. Deposit balance is available for withdrawal at any time. General withdrawal restrictions & full T&Cs apply. Valid until further notice. Minimum deposit £5 in the last 30 days AND wager a minimum of £1 on any of games. Free Spins are granted upon login and are valid until midnight the same day. Free Spins winnings are credited as bonus funds and must be wagered 40x before being eligible for withdrawal. Further T&Cs apply.
No Code Required

4.3/5
100% bonus up to £100 and 50 bonus spins on Starburst
Go to Klasino Go to review
18+. New players only. One bonus offer per player. Minimum deposit of £20 Max bonus bet £5 Bonus funds must be used within 30 days and bonus spins within 10 days, otherwise any unused bonus or spins shall be removed. Bonus spins are valid on Starburst video slot game only. Bonus spins winnings are credited in form of bonus funds and are capped at £50 Bonus funds are 100% of your first deposit up to £100 Bonus funds are separate to Cash funds and are subject to 35 x wagering the total of bonus plus cash funds. Only bonus funds count towards wagering contribution. Terms Apply. BeGambleAware.org.
Load more operators

They immediately introduced works filled with so much originality and creativity, which gave a fresher feeling to slot games, that it would be impossible to not leave an impression on anyone. Such unprecedented gaming experience is still effectively displayed nowadays as they keep on producing entertaining and eye-catching games with excellent graphics and attractive bonus systems, all of which are increasingly gaining the player’s curiosity and satisfaction whilst capturing younger audiences’ imagination.

From the very beginning, they have been clear with any interested parties that they direct their full attention to the quality rather than the quantity of their portfolio. Thunderkick’s slots are considered to be somewhat exceptional and one-of-a-kind, which assures their perception of quality over quantity. They have strayed away from any download-only material for casinos and transitioned to an HTML5 technology. This means that they have successfully managed to facilitate players’ online gaming experience by allowing them access to vivacious games across a wide spectrum of devices.

The very first owners of Thunderkick, back in 2012, were the brilliant minded game developers located in Sweden’s capital city, Stockholm. However, in August 2015, Jan Lunde became the company’s CEO and also its Business Director. Before dedicating his time and work at Thunderkick, he held a position with NetEnt for over five years.

Mr Lunde is not the only one with years of experience in the online gaming industry, as a matter of fact, most of Thunderkick’s team members previously worked with various well-known companies – for instance, Betsson Casino and QuickSpin. Their extensive experience gives the company an obvious advantage, something which can be clearly seen from their high-end quality games. Their goal was always to provide the player with a revolutionary and enjoyable experience while playing.

Evidently, Thunderkick kept their promise quite well as they started developing their slot games with a twist, creating them as if they were each a detailed video game with outstanding graphics.
Initially, when the company first formed, they only provided consultancy services regarding software for some major online casinos.

However, by the end of 2013 they had already transitioned into the game development business. As any other young and inspired company which is trying to get into the business for the first time, during their first year, they did not do much apart from creating around five download-only slots to experiment their creativity and originality on. Nevertheless, a year later they worked on producing instantly accessible games with a touch of quirkiness and entertainment in them which bumped them up to the top game developers list in Europe and North America.

Afterwards, by 2015, news of Thunderkick’s creations reached Canada and Australia where many local online casinos started implementing Thunderkick’s slots into their sites. Since then, Thunderkick kept on improving and growing, especially in 2016, where they introduced their partnership with online casinos situated in Malta and introduced a selection of 17 fantastic slots which were later distributed to more than 150 casinos.

Notwithstanding that they are a young and small company, they still aspire to form part of the hugely well-known casinos in the world, even though they have a lot of catching up to do. If they keep on producing such excellent work, it would be no surprise if they were to achieve such an ambition. However, the continuous production of their eye-pleasing and original works, make it possible to put them in competition with other well-experienced providers, which confirms how ambitious they are to enhance players’ experience.

Thunderkick’s humour is not only found in their lively games. One of the perks of leaving the number of a company limited to a few, is that the people one works with feel like family, and within a family one feels comfortable enough to share their honest opinions and joke around. This is exactly what Thunderkick intends on keeping, a small family of game developers – referred to as the Thunderkickers – where each team member’s opinion is valued. As a result, all of their production is done in-house which leads to Thunderkick’s wish to keep silent.

Despite having been praised repetitively in various Thunderkick reviews, written up by both players and critics, the company still, so as to speak, prefers to ‘keep to itself’, due to its scarce marketing efforts. This is mainly because the company’s developers have been and still are focused on enhancing and introducing new games with the best quality they could possible provide, rather than producing multiple games with minimal effort and common similarities.

Hence, the limited game portfolio they currently offer, compared with its competitors. Moreover, they believe that the company’s strength comes from each employee’s determination and opinion. Therefore, all of their games are forged by its 40+ heavily experienced employees, resulting in their current portfolio consisting of 32 HTML5 slot games.

Their portfolio is quite small, compared to other developers, but they make up for their limited list by providing games of intense quality and real-time 3D graphics, all accompanied with captivating soundtracks.

Thunderkick has multiple unique features, namely their striking graphics, the humorous elements found in the games themselves, the different approaches they take towards the usual traditional slot games and its wide variety of themes. Once the player accesses their website, they are immediately dazzled by the high quality, colourful and mesmerising covers of each game.

Before the player accesses the slot of choice, they are welcomed with a short description of the game or rather, a scenario in which the game is set, consisting of a somewhat humorous element which immerses the player into playing the game. This immersive element is also greatly notable within each game as they are created with the use of state-of-the-art graphics accompanied by hypnotic sound effects and well-accustomed themes and 3D illustrations.

In addition, some of Thunderkick’s games stray ever so slightly away from the traditional and usual elements most players are accustomed to in slots; including reels and symbols. Hence, certain Thunderkick slots provide reimagined and quirky features also referred to as ‘Dropping Symbols’. For instance, in ‘Birds on a Wire’, with every play, birds swoop down to the right side of the screen ending in a flock while a new flock swoops down the wires. This feature is also seen in ‘Esqueleto Explosivo’.

This time, as soon as the game loads, the player is greeted with a feast-like scenario accompanied with fireworks and whistles are heard here and there. However, apart from the attractive imagery, the striking feature is that with every play, instead of spinning, the singing skulls fall down towards the player and are immediately replaced by new ones until the player wins a round, then the singing skulls will end up exploding and being replaced.

It is no wonder that most Thunderkick reviews praise their way of portraying each game with its own theme. The most out of the ordinary feature is the soundtracks found in each game, which is something that traditional slot games often lack. Each soundtrack links with the game’s title and scenery which allows the player to feel totally immersed in the scenario leading to a heightened experience which the company always intended for.

One last notable feature is their bonuses. This is another thing they are adequately praised for. For instance, players may get a welcome bonus on their introductory three deposits adding up to €1,200 and they also receive 200 free spins upon depositing again within 24 hours. Additional bonuses vary from one casino to another. For instance, at New William Hill Casino, players who deposit at least $10 are also given a deposit bonus of up to $150. On the other hand, Argo Casino offers a no deposit bonus of 50 free spins upon registration.

When it comes to listing any well-known awards, Thunderkick might come a bit short-handed compared with other providers. This is mainly because they have been so focused on improving their games rather than focusing on making themselves more popular and noticeable.
However, it is still worth listing their current awards which are currently Malta based. In 2017, two of their games, namely Frog Grog and Flame Busters, allowed them to win Best Low Votality Game and Best Mobile Game of the Year both at the Videoslots Awards Malta, respectively.
Nonetheless, in 2018 they increased their marketing efforts by making their slots available to multiple game developers across Europe. This paved the way for the possibility of winning new awards in the near future for some of their popular games such as, ‘1429 Uncharted Seas’.

It is truly incredible how much this company has grown within such a small period of time. No wonder the Thunderkick logo consists of a fiery flame since just like fire, they are daring and ready to take on any risks. From the moment it was created, this company has never failed to amuse, and it has been producing such creative and professional work which makes one unable to be disappointed with the company despite the waiting periods players must endure between one game announcement and another. This has also given them a firm structure which allows players and themselves to envision a promising future ahead of them. Their dedication led them to transform from a small local company into an independent casino software provider and a Remote Gaming Server. In addition, it is also certified in various countries around the world such as Italy, Latvia, Spain, Portugal, England, Sweden, Isle of Man, Gibraltar, Estonia, Malta, Czech Republic, Lithuania and Denmark, whilst having their slots live on various top casinos including Betsson Casino, Unibet Casino and BitStarz Casino. 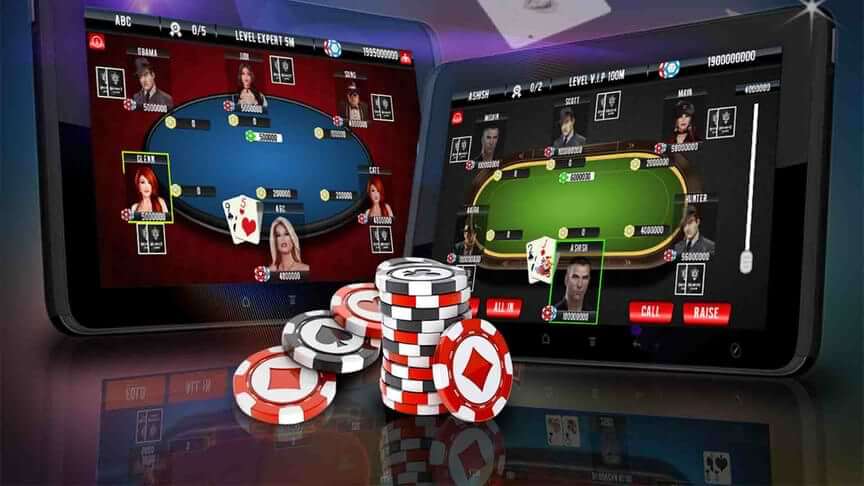 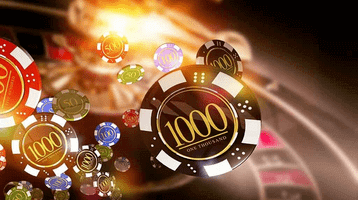