The RTE Choice Music Prize is given on an annual basis to the best album from a band or solo artist who resides in either the Republic of Ireland or Northern Ireland.

We take a look at the best betting odds, the main storylines and the latest news surrounding the RTE Choice Music Prize 2020.

Leading UK bookies Paddy Power and Betfair have already presented their list of odds for the show, which is scheduled to take place on March 5, 2020.

The Choice Music Prize only awards one artist or band for what is deemed the Irish Album of the Year. Understanding the corresponding odds is therefore very simple: one award and one category with one list of potential winners. The second placed artist or band is not announced in the official ceremony, which also means you can only place outright bets on the event.

Betting Favourites for the Irish Album of the Year

The Irish Album of the Year is chosen by a panel of Irish music professionals and industry experts, and not by a public vote which is often the case for these awards. This can make it difficult to predict the exact winner, but the betting odds offered by Betfair and Paddy Power reveal some clear trends. We have taken a look at some of the main betting favourites for this year’s award.

Since the official shortlist of nominees was announced in early January, Fontaines D.C.’s Dogrel record has appeared as the bookmakers’ clear favourite.

Both Paddy Power and Betfair have priced Dogrel at 1/2, meaning they should have around a 75% chance of actually winning it. Dogrel is the debut album by the Irish post-punk band, and has received almost universal appraise from critics. It was also nominated for the 2019 Mercury Prize, which celebrates the best annual album in the United Kingdom.

Although Fontaines didn’t win it, it was the only Choice Music Prize nominee to receive this nomination as well, which speaks volumes to the strength of the album.

Irish folk music has experienced quite a revival in recent years with some critics even mentioning a new ‘Golden Age of Irish Folk Music’. Lankum’s The Livelong Day was released in November 2019 as the group’s third album and received favourable reviews across the board.

Already in 2018, the group was named the Best Folk Group at the Folk Music Awards organised by RTÉ. Lankum is priced at 2/1 with Paddy Power which makes them the most likely candidate to challenge Fontaines D.C.

With Girl Band’s The Talkies, we are looking at one of the main outsiders to this year’s prize. They are currently priced at 5/1 to win the award with Paddy Power, an odds that has been stable since the nominees were announced.

Girl Band has been around for almost a decade, but The Talkies was their first album release in 4 years. The post-punk/indie rock style often works well with Irish audiences, and we should not dismiss their chances of winning the award.

In fact, the Choice Music Prize has often been awarded to surprising candidates, while a popular band like Snow Patrol has never managed to win it.

Punters in the UK might not be familiar with it, but the RTE Choice Music Prize is one of the most hyped annual events in Ireland.

Unlike many other popular award shows, it is exclusively broadcast on radio, although a delayed tv-transmission with all the highlights is in place as well.

One thing is the Irish Album of the Year Award, and the less decorated Irish Song of the Year award, but the show itself if a massive event with live performances from some of Ireland’s leading acts.

The nominees and the winner is exclusively decided by the board of music experts – there is no application process needed by the individual artists. The decision is not made on a defined set of criteria, although certain criteria have to be met to receive a nomination.

Firstly, the album has to be released for the first time in Ireland over the previous year. Secondly, live albums and ‘best of’ collections do not count towards the award. The majority of artists in the band also have to be born in Ireland, or at hold an Irish passport. The albums also need to be longer than 33 minutes and contain at least six tracks.

Although the Choice Music Prize celebrates the best Irish album of the year, the award has gained a reputation for producing rather surprising winners. The album is decided by a board of twelve music experts rather than a public vote – something we should factor in when looking at possible betting predictions. It might not be the most popular album that wins, which is usually the case in a public vote.

Although Fontaines D.C. is the clear betting favourite with the bookmakers, Lankum’s The Livelong Day seems like a decent value bet at 2/1. The album received nothing but praise from critics, and the revival of Folk music on the Irish music scene should position it well for the award. The board of experts is known to not always reward the most obvious winner, so we’ll go for a little outside bet at 2/1 with Paddy Power.

You can also bet on 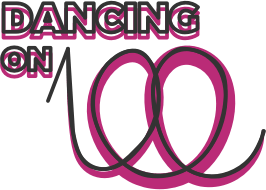 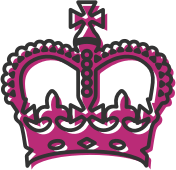 Since 2011, the RTE Choice Music Prize awards have taken place at The Olympia Theatre in Dublin. Until 2017, the awards show was broadcast on Today FM while also live-streamed on an online platform. In 2017, the show moved to a live broadcasting slot on RTE 2FM, with highlights being shown later in the evening on RTE2.

RTE’s involvement has prompted the name-change to the RTE Choice Music Prize awards, but the award remains colloquially known as the Choice Music Prize. Although the award itself is of major importance, and has earlier spiralled many young artists onto even greater careers, the award show itself is also one of the most anticipated yearly events on the Irish music scene.

Most spectacularly, the award show lines up as many of the yearly nominees for live performances. In 2020, at least seven of the ten nominees have already announced they will do a live performance at the event: Daithi, Mick Flannery, Jafaris, Junior Brother, Maija Sofia, Sorcha Richardson and the bookmaker’s favourite, Fontaines D. C.

The RTE Music Choice Prize was originally introduced to provide another arena for Irish artists to promote themselves. It is loosely based on the Mercury Prize, an annual award given to the best album in Ireland and the UK. However, all nominees for the Music Choice Prize are residents of either the Republic of Ireland or Northern Ireland.

After running for fourteen years, the award has now become extremely popular, and many young artists have credited it with propelling their careers forward. This also caused RTE to step in as the leading sponsor, which has resulted in the award being renamed to the RTE Music Choice Prize.

As a newer feature during the Choice Music Prize awards, the show does not simply celebrate the Irish Album of the Year, but also the Irish song of the Year. Unlike the prestigious Album award, which is decided by a panel of professional judges, the best song of the year is decided through a public vote.

Everyone who resides in the Republic of Ireland is able to go online and cast a vote for the RTE Choice Music Prize, Irish Song of the Year 2019. Voting takes place at https://2fm.rte.ie/rte-choice-music/ and although you can only cast one vote per day, you can do so every day during the voting period. Voting officially closes on March 1, four days before the live show is scheduled to take place. Betting is not currently open on the Irish Song of the Year award, although some bookies have weighed in with betting odds, as the ceremony approaches, in earlier years.

Irish Song of the Year Nominees

The Choice Music Prize first began in 2005 and has since then been awarded fourteen times. The album celebrates the greatest album of the previous year: for example, O Emperor’s Jason is listed as the 2018 winner, although the show was held in 2019. Similarly, this year’s Choice Music Prize celebrates the greatest Irish album of 2019. Jape is the only band to have won the award twice, securing victories in 2008 with the album Ritual, and in 2011 with the album Ocean of Frequency.

✅ How many awards are handed out at the RTE Choice Music Prize?

The award is also accompanied by a massive live show in Dublin, perhaps the biggest annual celebration of the Irish music scene.

✅ Where can I bet on the Best Irish Album of the Year?

Leading UK bookies Paddy Power and Betfair have both announced their betting odds on this year’s Choice Music Prize. You can find the best odds in this article.

✅ Who will host the RTE Music Prize ceremony?

The ceremony will air on TV the following week with Blathnaid Treacy as the official host.

✅ Can artists from outside Ireland win the RTE Music Choice Prize?

No – to qualify for the RTE Music Choice Prize, artists need to be born in Ireland or hold an Irish passport.

The 2019 contest was won by the rock band O Emperor with the album Jason.

The quarter-finals are already upon us. It’s a quick-fire shoot-out between 8 teams over 11 days in Portugal to see . . .

The Champions League is back! After a long lay-off, Europe’s elite clubs will come together to conclude the 2019/20 Champions . . .

Playing the Live Casino Game Baccarat is often thought to be an exclusive game with tables hidden behind the red . . .