Betpal » Sports Personality of The Year: Where to Bet

Interest and anticipation are all the ingredients a bookie needs in order to open a betting market for who will win BBC Sports Personality of the Year award.

You can bet on the winner of the award, and have been able to do so for many years now – the first award ceremony took place 64 years ago!

The ceremony became to be such a staple in today’s UK society.

We walk you through the nominees of 2019 and all the betting strategies you need to know. 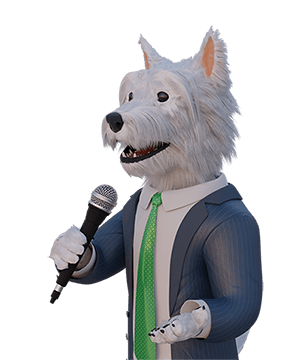 4.7/5
Get Up to £100 In bet credit
Go to Bet365/ Go to review
Min deposit £5. Bet Credits available for use upon settlement of bets to value of qualifying deposit. Min odds, bet and payment method exclusions apply. Returns exclude Bet Credits stake. Time limits and T&Cs apply.
No Code Required

4.5/5
£10 RISK FREE FIRST BET MONEY BACK IN CASH IF IT LOSES
Go to Paddy Power/ Go to review
New customers only, limited to one per person. If you’ve previously had a Paddy Power account, you will not qualify for the offer. Place your FIRST bet on any Sportsbook market and if it loses we will refund your stake in CASH. Max refund for this offer is £10. Only deposits made using Cards or Paypal will qualify for this promotion. T&Cs apply.
No Code Required

The BBC Sports Personality of the Year, ceremony, or BBC SPOTY takes place every year in December.

It is awarded for excellence in sporting achievement and a number of sportspersons are shortlisted by an expert panel, from which one winner is determined by public vote.

To be considered for the award, one must be either British or reside and spend most of their sports career in the UK.

The award has been running for over 60 years and is highly anticipated every December of each year. The BBC Sports Personality of the Year is also highly regarded, sometimes more so than the World Cup because it encompasses all the sports.

Since its beginning, the ceremony has grown into eight different awards:

Besides the expenditure into eight award categories, the BBC SPOTY has also gone through a change in its nomination procedure.

Up until 2012, the procedure involved 30 sports journalists, each submitting a list of top 10 contenders from which the final nominees were determined.

It wasn’t until this procedure produced an all-male shortlist in 2011 that it came under heavy criticism. Following that, the nomination procedure was changed by introducing an expert independent panel.

The panel looks at three criteria to produce a shortlist of contenders:

The final list of shortlisted contenders is revealed at the beginning of the BBC SPOTY award show in December. During its live programme, the public gets to cast their vote and decide the winner.

The likes of William Hill and Paddy Power have opened up betting from the beginning of the year on who will be the BBC Sports Of The Year 2019 winner.

The list of sportspeople and their corresponding odds to win the SPOTY award is put together by taking into account their achievements in sports, as well as the public’s perception of a contender.

–        Silver and bronze medalist at the World Championships

–        Gold and bronze medalist at the Commonwealth Games

–        Unified Heavyweight Champion of the World in 2015 as a title holder of WBO, IBF, WBA, The Ring and Lineal Heavyweight champion.

–        Alcoholism and recreational drug use

–        Holds the record for all-time most career points

–        Holds the record for most wins at different Formula 1 circuits

–        Member of the Most Excellent Order of the British Empire

Betting on BBC Sports Personality of the Year 2019 is part of the bookies’ novelty and special bets market. It is similar with betting on Eurovision or the winner of Britain’s Got Talent.

As usual, the best odds come with the greatest risk and that is in the beginning of the year all the way up until the award show in December. At the beginning of the year, bookies generally list the sportspeople that had great successes or have shown remarkable potential in the previous years. As the year progresses and the sportspeople start performing, their results influence their odds.

The odds drop drastically during the BBC Sports Personality of the Year award in December when the list of sportspeople is whittled down to only a few contenders. It is from this shortlist of nominees that the public votes and determines the winner.

First of all, there is no magic bullet betting strategy to guarantee you a winning bet slip. There are too many variables to take into account:

On top of those variables, there is also the fact the BBC Sports Personality of the Year includes all the sporting events. Even to the fiercest bettor it is nearly impossible to keep track, on an individual basis, of all the sports persons events and performances throughout a year.

But that bettor, whether a huge sports fan or none at all, can still follow some basic tips to increase the chances of winning a bet on BBC SPOTY awards:

The History of BBC SPOTY

In April 1954 began Sportsview, the first regular sports programme televised by BBC. It was suggested and created by television executive Paul Fox. That same year, Paul Fox came up with the idea to create a yearly BBC Sports Personality of the Year award.

As described by Mr Fox himself, to vote for a winner in the inaugural year of the award, one had to:

More coupons came in than expected so Paul Fox took home three or four bags of them and had his young children help to tally up the results. Somewhat surprisingly, the man who had set a world record in the 5000m race, Chris Chataway, came out as a winner against the first man to run a mile under 4 minutes, Roger Bannister. About 14,500 votes were cast in the first ever BBC SPOTY.

It’s been over 60 years since the inaugural edition of BBC Sports Personality Of The Year award which drew in 14,500 votes. Presently, the ceremony draws in millions of votes and it has expanded into eight different award categories, with BBC SPOTY still the main one. Needless to say, in the last 60 years the world of sport has seen some drastic changes. Yet, the BBC Sports Personality Of The Year award has remained a constant, with millions of people turning in each December to see the winner announced.

Another weekend of Premier League football is upon us, Liverpool look to push on and break the 100-point record that . . .

With games being played every single day in La Liga, there’s no respite for the players, and nor for the . . .

If you’re into gambling, you must have heard this term a hundred, if not a thousand times. High rollers this, . . .