Betpal » Bingo in the UK: What do the Figures Say About the Game and its Future?

The unprecedented world health situation caused a surge in the growth of online gambling in the UK and the rest of the world. But perhaps, the biggest area of growth has come from the online bingo industry.

What seemed to be an outdated artefact has shown remarkable transformation and is set for even more growth in the coming years.

This article shows the current situation of things in the industry, the trend indicators, and how they all affect the game’s future.

Both online and land-based bingo parlours in the UK generated about £910 million from April 2019 to May 2020. Most of the revenue came from Live bingo (636 million) but as we have seen, online bingo does not seem too far away. More money has been wagered on online bingo than in live bingos in recent times.

Why is Online Bingo Getting More Popular?

Due to the global change caused by the current world health state, many players now prefer to play from the comfort of their homes but that is just one way of seeing things. The biggest social media platforms like Facebook have contributed to the increasing popularity of Bingo games by highlighting the most entertaining and complex ones rather than the regular versions.

With free bingo no deposit offers, players have the chance to win real money while having fun. Also, the free entertaining games have become attractive to women and first-time players due to the ease of gameplay and the relatively huge jackpots that come with winning the game.

Bingo sites have no limits in their game selection or number at any given time, so it means that players can even enjoy multiple games at the same time. Also, there is no limit to the number of players that can join a game.

The Future of Bingo in the United Kingdom

With online gameplay on bingo remaining the biggest precipitant for growth, Bingo as a whole is expected to keep growing in popularity. Live bingo has the edge when it comes to social interaction while online bingo leads in terms of flexibility and convenience. However, with technological advancements coming through, the game is likely to see more evolution in the coming years.

Again, Hybrid bingo games with integrated entertainment setup and features allow for more forms of entertainment as they add a unique feel to the game. Playing Bingo is not a problem for Brits since it now comes in different types and formats and has managed to retain its charm despite extensive modification in different aspects.

The future of bingo is mostly a function of time in the end but if we are to make a prediction based on the current trend, it is that bingo is likely to remain a relevant option for the average gamer in the UK.

Claim a no deposit bonus to spend on bingo tickets and play for free!
No Deposit Bingo

Check out no wagering bingo bonuses to claim your winnings faster.
No Wagering Bingo 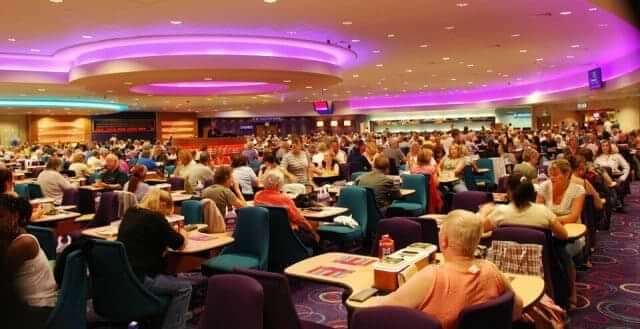 The 17th of May 2021 marks the land-based bingo halls and casinos’ re-openings. Rank Group’s Mecca Bingo announced its clubs . . .